Considerations for Citizen and Non-Citizen Divorce 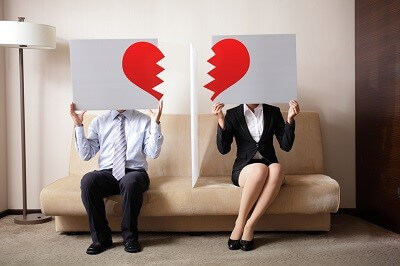 Considerations for Citizen and Non-Citizen Divorce

Many non-citizens marry U.S. citizens, yet, non-citizens have the opportunity to obtain legal permeant residence in the United States though their U.S. citizen spouse. While the paperwork and documents are sent into the USCIS to process whether or not a non-citizen can obtain legal permanent residence, the couple needs to prove to the USCIS that their marriage is valid and not for the purpose of obtaining a green card.

Divorcing Before the Two-Year Mark

If the marriage is broken before the 2 years are up, then the immigrant spouse will lose his or her immigrant status and become deported. To not be deported, the non-citizen is able to petition for a waiver that can allow him or her to remain in the United States. For this to happen, the non-citizen spouse must prove that:

Divorcing After Two Years of Marriage

If a non-citizen and a U.S citizen divorce after two years of marriage, the non-citizen will not be faced with deportation if he or she has obtained legal permanent residence status. Those who obtain legal permanent residence and is accused of crime may be deported. A divorce may cause a delay in obtaining the non-citizens citizenship. If the couple is intact after two years of marriage, there is a three-year residency requirement in order to take the citizenship exam. But, for those that are not married after two years, they are required a five-year residency to take the citizenship exam.