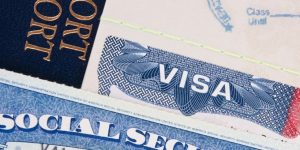 Acceptable Publications Question: What is considered an acceptable newspaper and/or acceptable journal and is there a published list? There is no published list of acceptable publications. Most employers, based on their normal recruiting efforts, will be able to readily identify those newspapers (or journals for certain professional positions) that are most likely to bring… Read More »

Extreme Hardship and the 601A Waiver, NYC immigration attorney

Evidence of Extreme Hardship to a Qualifying Relative In determining what is meant by the term “extreme hardship,” it has been interpreted that common results of the bar, such as mere separation or financial difficulties alone are insufficient to warrant approval of an application unless combined with much more extreme impacts. Appellate authorities have… Read More »