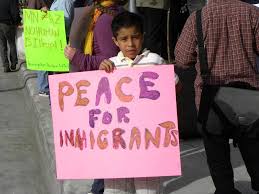 On September 22, 2018, the Trump administration announced the upcoming publication of a proposed rule that if implemented as written, would prevent immigrants from securing lawful permanent residence and remaining with their families in the United States, simply because at any time in the past, they received some type of basic health care support, nutrition assistance, or other vital services.
Prior versions of this rule have been leaked in the press and have been soundly criticized by city officials, public health administrators, faith-based groups and others across the country