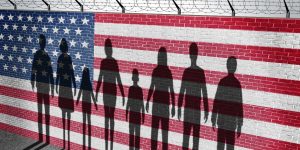 President Biden’s Proposed Immigration Bill Since President Biden took office in January of 2021, he proposed a new immigration bill that would modernize our immigration system. The Biden administration has acted on reversing several immigration rules and regulations from the previous administration. For instance, Biden has lifted restrictions on refugee admissions, preserving deportation relief… Read More »

Filing DACA Renewal Applications in the Wake of the January 9, 2018 Federal Court Ruling

On January 13, 2018, USCIS updated its website to include guidance on submitting DACA renewal applications in light of the January 9, 2018 court decision. The guidance includes the following information: Clients Who Have Never Had DACA: USCIS will not accept DACA requests from individuals who have not previously been granted DACA. The court… Read More »

The Story A federal judge is temporarily putting DACA back in play. What are you talking about? Last year, the Trump administration said it was getting rid of DACA – the program that protects hundreds of thousands of people brought to the US illegally as kids from being deported. It expires in March unless… Read More »