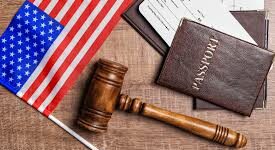 Alternatives to Using Passport, Visa, and I-94 to Prove Lawful U.S. Entry

You wouldn’t be the first to lack evidence of your lawful U.S. entry. For example, some children never had their own visa, but were named on a parent’s B-2 tourist visa, which document was lost after the passage of time and possibly the death of the parent. Or you might have had your own… Read More »