Alternatives to Using Passport, Visa, and I-94 to Prove Lawful U.S. Entry 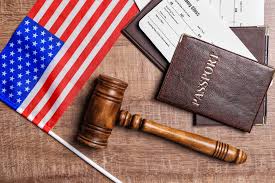 You wouldn’t be the first to lack evidence of your lawful U.S. entry. For example, some children never had their own visa, but were named on a parent’s B-2 tourist visa, which document was lost after the passage of time and possibly the death of the parent. Or you might have had your own documents, but had these lost or stolen. Or a border guard might have spoken to you and then waved you through, without asking to see documents.

Your first step should be to do a Freedom of Information Act (FOIA) request, which essentially asks the U.S. government for a copy of your immigration file. This might yield copies of your visa and I-94. If it doesn’t, your next step depends on when you entered the United States. You are not necessarily out of luck in any of these situations, but it will take some creativity to prove your legal entry.

If your entry was after April 2013, then you probably didn’t receive a paper I-94, but were entered into a computer database. Getting a copy of your I-94 (which should be sufficient to prove your lawful entry) should be easy: Go to the Customs and Border protection website, at the page called Arrival/Departure Forms: I-94 and I-94W, and follow the links from there.

If you entered the U.S. before April of 2013, then you likely received a paper I-94. You will need to ask for a replacement, by filling out U.S. Citizenship and Immigration Services Form I-102 and paying a fee. Submit this request by mail, following the instructions on the USCIS website.

If your passport and similar documents were stolen, it would also be a good idea to include a copy of any police report that you filed, to help explain why you don’t have the originals.

If none of the above works, think about alternative forms of proof. If, for example, you arrived legally as a young person, along with your parents, you might be able to find evidence of your parents’ and your physical manner of entry into the United States. It’s probably a long shot, but if you arrived by plane, might you by chance have a copy of the tickets your family traveled on, or other receipts from your travel to the United States? (It’s nearly impossible for an undocumented person to arrive in the U.S. by air.) Do you know who picked your family up at the airport? Would that person be willing to sign an affidavit swearing that you arrived by plane?

You might also look into whether any lawyers were involved in your or your parents’ obtaining the U.S. entry visa. There’s a chance the lawyer would still have your records on file.

Finally (and as a last resort, because personal statements are considered less convincing than other forms of evidence), if anyone else was close enough to you or your family to know details of your mode of entry to the United States, that person could write a sworn declaration or affidavit explaining this. You can prepare your own statement as well, including plenty of detail so as to be convincing.

Although it is important for you to think carefully about the possible types of evidence you might show to prove your lawful U.S. entry, it would also be worth hiring an immigration lawyer to help you with this application. Your success with the adjustment of status application depends on pulling all the evidence together in a convincing fashion.

Contact one of our experienced immigration lawyers in New York at 718-407-0871 or online at https://www.prizant-law.com if you need help with solutions to your immigration problems.