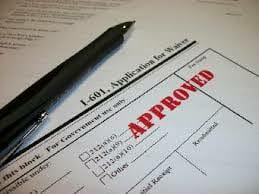 If you’ve been denied a visa or other immigration benefit, you may be able to resolve the problem by applying for an I-601 waiver.

An I-601 waiver, or Application for Waiver of Grounds of Inadmissibility, is a form used by certain immigrant applicants when applying for a visa, an adjustment of status, or an immigration benefit that they are not eligible for.

Ineligible applicants submit Form I-601 to U.S. Citizenship and Immigration Services (USCIS) to request that their ground(s) of inadmissibility be waived. Whether an applicant is eligible for a waiver depends on the benefit that they are applying for and the reason that they are inadmissible.

How Does USCIS Decide Whether or Not to Approve an I-601 Waiver?

While there are many grounds on which an applicant can be found inadmissible, a selected few are listed below to provide examples of circumstances under which USCIS will approve a 601 waiver.

Applicants can be deemed ineligible if they lack proof of having had all required vaccinations. However, USCIS may approve a waiver of vaccination inadmissibility if:

Immigrant Membership in a Totalitarian Party

An applicant can be deemed inadmissible if he or she is or has been affiliated with the Communist or any other totalitarian party. However, a waiver may be granted if:

An applicant is inadmissible if he or she intentionally lied about, or misrepresented, any significant fact while seeking a visa, admission to the U.S., or any other benefit under the Immigration and Nationality Act (INA). However, the applicant may be granted a waiver if he or she can show that:

A foreign national is inadmissible for three years if he or she has resided unlawfully in the U.S. for an uninterrupted period or more than 180 days but less than one year, and then voluntarily departed before removal proceedings were initiated against them. However, a waiver may be granted for a foreign national who establishes that:

If USCIS denies an I-601 waiver, the applicant may appeal the decision by filing Form I-290B, Notice of Appeal, with the USCIS Administrative Appeals Office.