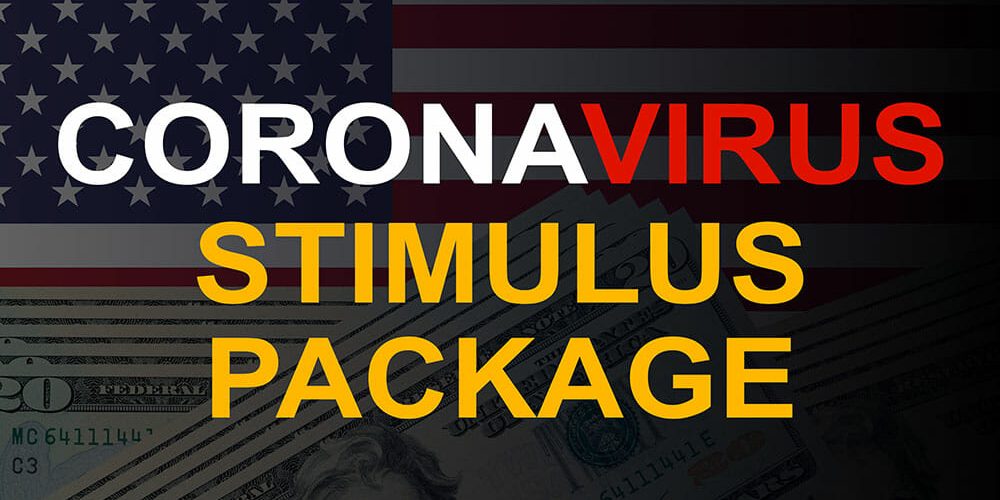 As the novel coronavirus (COVID-19) continues to impact the United States, residents are being asked to practice “social distancing,” and in a growing number of states, they are being asked to stay at home in order to “flatten the curve” of infections and slow the spread of the virus. Due to the encouragement of social distancing, non-essential businesses all around the country are shutting down, and consumers are staying home. As a consequence, our economy is suffering. In an effort to assist both the economy and families around the nation, Congress has passed a $2 trillion bipartisan stimulus bill that, among other things, provides immediate financial relief to eligible individuals in the form of a one-time cash rebate. President Donald Trump signed this legislation, the Coronavirus Aid, Relief, and Economic Security Act (CARES Act), into law on March 27, 2020.

What are the cash rebates under the CARES Act?

Under the CARES Act, single adults who have an adjusted gross income of $75,000 or less on their most recently filed (2018 or 2019) tax return will receive a cash rebate in the amount of $1,200. A single adult who earns more than $99,000 will not receive a rebate. A rebate of less than $1,200 will be issued to individuals who fall between the two categories.

If an individual has already been claimed as a dependent, even as an adult, they will not be eligible to receive a stimulus rebate.

These numbers and stimulus checks will be issued based on the individual or family’s most recently filed (2018 or 2019) tax returns.

Who qualifies for a cash rebate under the CARES Act?

In order to qualify for the stimulus rebate, United States residents must have a valid Social Security Number (“SSN,” either restricted or unrestricted). Those who provide an Individual Taxpayer Identification Number (“ITIN”) are ineligible for the rebate. This means that married couples in which one spouse has an SSN and another has an ITIN are generally ineligible for the credit (there is an exception for U.S. military families where only one spouse is required to provide an SSN).

Furthermore, an individual who is a “Nonresident Alien” under the United States tax law is not eligible for a stimulus rebate. Generally speaking, if you are not a U.S. citizen, you are considered a “nonresident alien” unless you (1) have a U.S. green card, or (2) you satisfy the Internal Revenue Service (IRS)’s “substantial presence” test for the calendar year. The IRS substantial presence test counts and calculates whether you were physically present in the United States at least 31 days during the current tax year and a total of 183 days during the last three tax years (including the current tax year).

The nonresident alien exclusion should not affect most non-U.S. citizens who have been in the United States for many years since these individuals will likely satisfy the “substantial presence” test.

Does my immigration status affect my eligibility for a stimulus cash rebate?

All individuals in the United States who (1) have a valid SSN and (2) are not “nonresident aliens” should generally be eligible to receive a cash rebate under the CARES Act if they filed a tax return for 2018 or 2019. An individual’s method of entry to the United States, current immigration status, and other immigration factors are not considered when determining eligibility for a stimulus cash rebate. However, as noted above, a “mixed-status” family (where one spouse as an SSN but the other spouse or a dependent child has no SSN or only has an ITIN) will most likely not be eligible for the cash rebate.

How and when will eligible individuals receive these benefits?

The U.S. government will be issuing the payments via direct deposit to the bank accounts listed on each individual’s most recent (2018 or 2019) tax returns filed with the IRS. The IRS has encouraged those who are required to file a tax return but have not done so to file a tax return promptly in order to receive their stimulus rebate. The IRS has also stated that individuals who are not required to file a tax return (e.g., individuals earning less than $12,000, couples earning less than $24,000, some seniors) should still file a simple tax return in order to receive their stimulus payment. The U.S. Treasury Secretary, Steven Mnuchin, stated on March 29, 2020, that there will be an application launching for those whose information is not already on file with the IRS. It will allow residents to easily update and register their payment details.

Experts say the first rebates could be issued within the next few weeks, but warn that it could take the government much longer to send out checks to everyone. Especially if the IRS does not have your payment details already on file.

According to the law itself, the IRS has until the end of 2020 to issue all payments to qualifying residents.

Will I be considered a “Public Charge” and put my future U.S. green card in danger if I receive a stimulus cash rebate?

Most likely not. The “public charge” ground of inadmissibility applies to many categories of individuals seeking a U.S. green card, but it does not apply to those who already have a U.S. green card or U.S. citizens. Furthermore, the stimulus cash rebate is a one-time tax rebate that is automatically distributed to all eligible individuals, which makes it different from other means-tested public benefits that are normally considered under the “public charge” test. Lastly, since the cash rebates will be automatically deposited into your bank account via direct deposit, it may be difficult or even impossible to reject the rebate.