Consequences for False Claims to US Citizenship 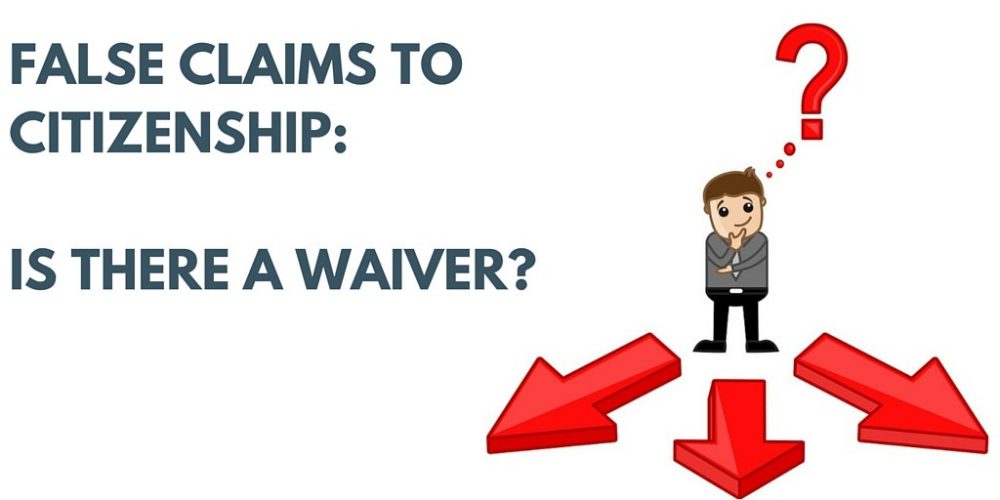 Consequences for False Claims to US Citizenship

An alien may be considered inadmissible or invalid because of a false claim to U.S. citizenship. A false claim includes;

Intent to Obtain a Benefit

Whether an alien made a false claim of being U.S. citizen with the intention of obtaining benefits is dependent on the circumstance of the case.

Intent to Achieve a Purpose

An alien might make a false claim in order to achieve a purpose. The alien must provide either direct evident or circumstantial evidence, that he or she did or did not make a false claim to achieve a purpose. A “purpose” includes avoiding negative legal consequences. Some negative legal consequences that an alien might want to avoid by claiming falsely U.S. citizenship include;

An alien who is inadmissible for fraud or willful misinterpretation is not inadmissible if he or she timely retracts the fraud or misrepresentation. If an alien timely retracts his or her claim, a USCIS officer would then treat the case of fraud and misinterpretation like it never happened. The retraction has to be voluntary and timely in order to be effective. Admitting to the false representation and fraud to a USCIS officer is not considered timely retraction. A retraction can only be timely if the alien comes to the same proceedings that he or she falsely claimed to be a U.S. citizen.

An alien would falsely claim U.S. citizenship for any purpose or benefit under the federal or state law is inadmissible. Someone who is inadmissible is prohibited from receiving a green card, even if married to a U.S. citizen. Also, an alien can also criminally convicted, fined or imprisoned. In the conditions of naturalization, if a false claim was made, an applicant may be denied naturalization due to the lack of “good moral character”.

More on Filing For U.S. Citizenship with Criminal Record