Can I File for U.S. Citizenship if I Have a Criminal Record 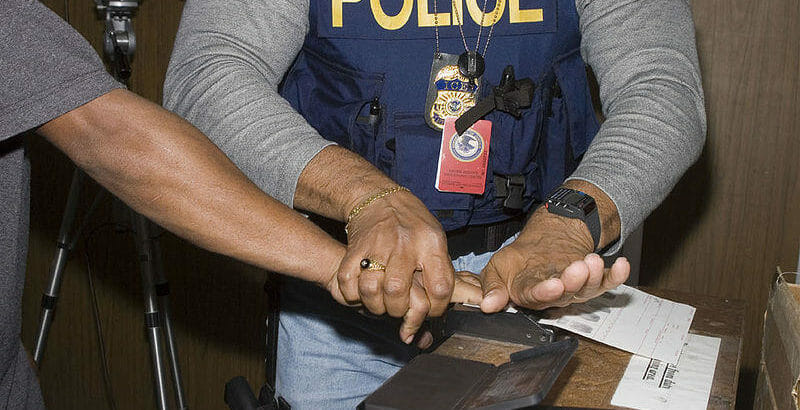 United States Citizenship and Immigration Services (USCIS) generally allows individuals with criminal convictions to apply for citizenship. However, the decision of whether or not you’ll actually receive citizenship will depend on the nature of your crime.

After receiving your application, a USCIS officer will weigh the severity of your crimes against your displays of “good moral character.” While some smaller offenses are offset by practicing good citizenship, more serious offenses can bar you from citizenship entirely.

One of the first steps in filing for citizenship is filling out Form N-400. This form will explicitly ask if you have ever been arrested, cited, or detained by a law enforcement officer.

USCIS normally asks this question to see if you possess “good moral character.” USCIS only grants citizenship to people that display this quality.

In most cases, they’ll look especially hard into what you’ve done for the last 5 years. However, they always take your full criminal history into account.

As a general rule, you should avoid applying for citizenship if you’ve been convicted of any crime within the last 5 years.

The presence of a criminal record doesn’t necessarily bar you from citizenship, it just makes the process harder.

However, make sure you disclose any and all previous convictions on your N-400 form, even if your original criminal case was dismissed. Failing to fully disclose your criminal history can result in an automatic dismissal of your application.

Telling the truth on your N-400 form is crucial. If you lie or mislead the USCIS on your form, they might just reject your application outright. Detailing your entire criminal history on the form can help you avoid this fate.

This requirement also applies to crimes committed in another country.

A prosecution, arrest, detainment, or citation doesn’t necessarily bar you from obtaining citizenship. USCIS normally decides these things on a case-by-case basis. Some crimes, however, will automatically bar you from citizenship. Others might instead work against the overall strength of your moral character during the application process.

Remember, USCIS only cares about whether or not you’ll be a good citizen. While having a criminal record can affect this decision, in most cases it doesn’t automatically disqualify you from citizenship. Only a history of more serious crimes can do that.

USCIS allows for one specific exception for people convicted in other countries. In cases where a foreign government treated you unfairly, you may be eligible for the Purely Political Offense Exception.

However, while this rule is on the books, it is very seldom used. This is because of the extremely specific requirements for applying under this exception.

The Purely Political Offense Exception covers legal problems that arise in other countries for purely political reasons. It also covers cases of oppression based on racial, political, or religious grounds.

Basically, if a foreign government infringed on human rights otherwise protected by U.S. law, you may apply under this exception.

Crimes With a Permanent Bar

Certain crimes, however, immediately bar you from gaining citizenship. Even if you get an interview, USCIS cannot and will not approve your application if you’ve committed any of these crimes.

Because good moral character is the main requirement in applying for U.S. citizenship, crimes that demonstrate a blatant lack of moral character can completely bar you from becoming a citizen.

In most cases, any aggravated felony can result in a permanent bar on your citizenship.

Common Reasons for a Permanent Bar

The types of aggravated felonies that fall under this category may surprise you. Conviction of any of the following will generally bar you from citizenship. Note however that this isn’t a complete list of all bar-worthy crimes, just the most common ones:

USCIS can also give you a permanent bar for certain crimes that lead to imprisonment for longer than 1 year. Some examples of these types of crimes include:

In some cases, these crimes may count as misdemeanors instead of felonies. However, USCIS can still bar you from citizenship even if you were charged with a misdemeanor instead of an aggravated felony.

Again, the final decision falls to the USCIS officer presiding over your case.

Crimes with a Temporary Bar

There are a few other crimes which commonly result in a temporary bar. While these bars still inhibit your citizenship process, they only last a few years. You may file normally once your temporary bar expires. USCIS refers to these restrictions as “conditional bars.”

USCIS can temporarily bar you for any crime committed during your naturalization process. This includes right up to your Oath of Allegiance ceremony.

Common Reasons for a Temporary Bar

It’s important to remember that some of these crimes can still result in a permanent ban. This list merely lists crimes that are less likely to result in a bar on your citizenship process:

While this list doesn’t cover every crime that can result in a bar, the basic idea of temporary bars applies to any offense which involves:

Basically, in order to gain citizenship in the United States, you need to act like a good citizen. As far as USCIS is concerned, good citizens never commit crimes that are “intrinsically wrong.”

Once your waiting period is over, you can file for citizenship as normal. Typically, you should wait a little bit longer than the designated period. This can help you further establish your good moral character in your application.

Although you may be eligible for citizenship on paper, the USCIS officer reviewing your case still has the final say. The officer still can, and may, deny you for any reason he sees fit. For this reason, you should generally wait at least 5 years after a criminal conviction before you try to apply for citizenship.

Remember that the lists above are not comprehensive. As one common example of a crime that doesn’t appear on those lists, we can take a look at driving under the influence of drugs or alcohol (DUI).

A DUI conviction doesn’t necessarily bar you from applying for U.S. citizenship. However, this conviction does make the application process more difficult.

If you’ve been charged with a DUI within the last five years, and still want to apply for citizenship, you should speak with an immigration attorney. Depending on your circumstances, you may be better off waiting until 5 years have passed before applying for citizenship.

Regardless, you should realize that the specifics of your case can highly affect the outcome of your citizenship application.

However, if you injured someone, or damaged a significant amount of property, you might be barred from citizenship entirely.

In addition, proactive measures such as taking driving classes, going to rehabilitation meetings, and performing community service can help strengthen your case for having good moral character.

If you have been convicted of a crime, it is crucial that you consult with an immigration attorney before you apply for U.S. citizenship.

Figuring out how, when, and even if you should apply for naturalization can be tricky. Getting the opinion of an experienced attorney may improve your chances for success.

Contact one of our experienced immigration lawyers in New York today at 718-407-0871 or online at https://www.prizant-law.com if you need help with fining for US Citizenship with criminal records or any other solutions to your immigration problems.