Bringing Your Internationally Adopted Child to the United States 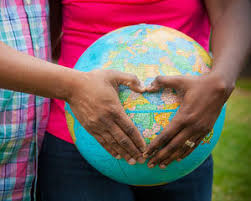 If you filed Forms I-600A and/or I-600 in order to adopt, then your child is from a country that has not implemented the Hague Adoption Convention. This means your child will enter the United States either with an IR-3 immigrant visa (adoption finalized in a non-Hague country and you [or your spouse, if married] saw your child prior to or during the adoption process) or an IR 4 immigrant visa (if you finalize the adoption in the United States).

If your child does not meet the requirements for the Hague or the non- Hague adoption processes, you may still be able to file Form I-130, Petition for Alien Relative, on his or her behalf as the adopted child of a United States Citizen. Parents must accrue two years of legal and physical custody and obtain a full, final adoption of the child to be eligible to file an I-130. Legal and physical custody can be accrued at one stretch of time or cumulatively over several periods. They can also be accrued before, during and after the adoption. The two years must be accrued BEFORE you file Form I-130. Also, the adoption must be finalized before your child’s 16th birthday (or 18th birthday if they are a biological sibling of a child you have already adopted or will adopt). Your child will receive an IR-2 immigrant visa if he or she is found eligible.

If you are adopting from a Hague Convention country, certain restrictions apply that may prevent your child from immigrating to the United States using this process. Please fully research the adoption laws of the country you hope to adopt from before beginning the process.

Contact one of our experienced immigration lawyers in New York today at 718-407-0871 or online at https://www.prizant-law.com if you need help with Bringing Your Internationally Adopted Child to the United States or any other solutions to your immigration problems.