What to Do If ICE Comes 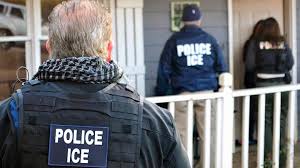 The most common question that I get is whether raids are going on now. The answer is that they are occurring, but they are not what many people think they are. The raids going on are relatively small-scale. Most of them appear to occur at immigrants homes and they typically involve a person who already has a deportation order being arrested by ICE. All of them appear to have been immigrants with deportation orders or criminal issues. None were arrested in “workplace raids” or “traffic stops.”

While the raids so far have frightened people, the arrests are not taking place at schools, health clinics or churches. These are all classified as “sensitive locations” and raids will not take place at them in most cases.

Although the vast majority of those arrested seem to be people who were being targeted by ICE, there were some people arrested because they happened to be at the wrong place at the wrong time. In these cases, an immigrant happened to be at the house of someone being arrested. ICE agents in these situations will often ask others in the house questions to determine if they can also be arrested.

If ICE comes to your door, the best thing to do is to refuse to open the door. ICE will lie to try to get in, but they will generally only enter if the immigrant opens the door or if they have a warrant to enter. If they have a warrant, they may batter the door in. If you choose to open the door, even just to speak to them, ICE will push past you and later claim that you gave them permission to enter.

Because refusing to let ICE enter or refusing to talk to ICE will involve everyone in a household acting together, it is vital that your household meets to come up with a plan. There have been situations where an immigrant at the front door of a house has refused to let ICE in, but someone else let ICE in the back door. Everyone has to be on the same page or ICE will get in Contact one of our experienced immigration lawyers in New York today at 718-407-0871 or online at https://www.prizant-law.com if you need help with solutions to your immigration problems.