Who Can Get a Green Card Through Adjustment of Status? 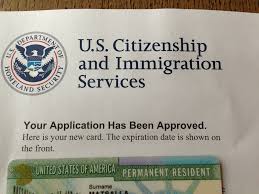 Adjustment of Status (AOS) refers to the process by which a non-immigrant can change his/her status to that of a Legal Permanent Resident (Green card holder) if they meet certain requirements without having to leave the United States. This process is provided for by Section 245 of the Immigration and Nationality Act.

AOS can only be allowed if an immigrant visa number is readily available to the intending immigrant. A person must be physically present in the United State to apply for AOS, exiting the country during the process may be considered as abandonment of the adjustment application, where prior permission (Advance Parole) has not been granted. Please note that some non-immigrants with certain temporary work visas are exempt from filing an application for advance parole.

Disqualifications for Adjustment of Status:

However, there are certain non-immigrants who are ineligible to adjust status within the United States. Some of these are:

Exception for Relatives of a US Citizen

Immediate relatives of United States Citizens are exempted from some of these grounds of ineligibility.

Requirements for Adjustment of Status

1. Inspection and Admission or Parole to the United States

The law requires that a non-immigrant must at the time of entry into the country present him/herself to an immigration officer for questioning, this constitutes inspection. Admission occurs when the Immigration officer permits the individual to enter the country after being found to be admissible. It is important that proof of inspection and admission is included with the adjustment packet; popular evidence is the Form I-94 Arrival/Departure Record. Ordinarily, an immediate relative of a USC who was not legally admitted and inspected cannot adjust status within the United States. The application of this requirement is strict, however some exceptions exist and these include: VAWA applicants, Asylees, applicants under Section 245 (i) of the INA and certain special immigrants.

2. Admissibility under Section 212(a) of the INA

3. Eligibility to Receive an Immigrant Visa

Availability of a Visa Number

In order to adjust status a visa number must be readily available to the intending immigrants. There are a set number of visas available to intending immigrants each year. The available visa numbers and current priority dates can be found in the monthly Visa Bulletin issued by the Department of State. ‘Priority date’ is the date on which a family visa petition is filed with the USCIS or the in the case of an employment based petition, the date a Labor Certification is filed with the Department of Labor. Thus, a beneficiary of a Visa Petition can apply to adjust status only when he/she’s priority date is current. Immediate relatives of United States Citizens are exempted from this requirement as they are not subject to the quota system.

A non-immigrant who meets the foregoing requirements and is not subject to any ground of inadmissibility may be able to adjust status to that of a lawful permanent resident within the United States by filing USCIS form I-485 (Application to Register Permanent Residence or Adjust Status) with all other mandatory governmental forms, relevant documentation and current processing fees at the relevant USCIS field office.

The immigration laws of the United States are complex, abundant and have changed through the years. A lot of immigrants are under the misguided impression that immigration process is about the filling of and submission of forms. This misconception has led a lot of people to make costly mistakes. It is wise for an intending immigrant or petitioner to seek the counsel of a competent attorney before undertaking the immigration process.

By Svetlana Prizant | Posted on November 23, 2018 Categories: Adjustment of Status

More on Adjustment of Status