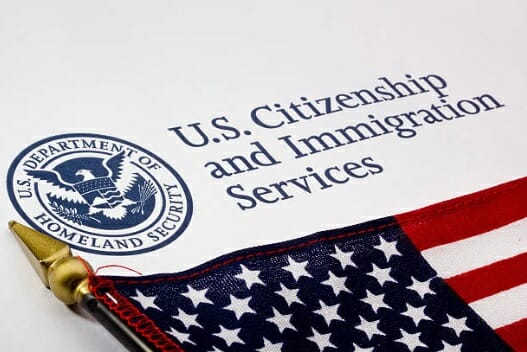 The R-1 Religious Worker and Minister visa allows religious workers and qualified ministers to enter the United States in order to perform religious duties for a qualified religious organization or congregation.

The R-1 does not apply to secular members of a church or lay-persons (janitors, cooks, fundraisers, electricians, accountants, etc.) who work for a religious institution.

If you are a minister or clergy person or if you are a religious worker, you may qualify for an R-1. However, the best way to answer this question is by calling our offices to discuss your circumstances with an R-1 Visa attorney. The following is a brief list of requirements that all R-1 religious work visa applicants must meet:

What are the characteristics of a religious denomination?

A religious denomination is a religious group or community of believers that is governed or administered under a common type of ecclesiastical Government and will generally be found to have one or more of the following elements:

What are the characteristics of a “minister of religion”?

An individual may be classified as a minister of religion if they are authorized by a religious denomination and fully trained according to the denomination’s standards to conduct religious worship and to perform other duties usually performed by authorized members of the clergy of that denomination.

The term does not include lay preachers or other persons not authorized to perform such duties.

In all cases, there must be a rational connection between the activities performed and the religious calling of a minister. Ministers of religion must work solely as ministers in the United States, but may engage in administrative duties incidental to the duties of a minister.

What is meant by a “religious vocation”?

Religious vocation means a formal lifetime commitment, through vows, investitures, ceremonies, or similar indicia, to a religious way of life. The religious denomination must have a class of individuals whose lives are dedicated to religious practices and functions, as distinguished from the secular members of the religion.

Examples of persons with a religious vocation include, but are not limited to, nuns, monks, and religious brothers and sisters. An alien who has taken vows and has made a lifelong commitment to a religion is presumed to be engaging in activities relating to a traditional religious function regardless of the nature of the activity. Persons with religious vocations may engage in any type of activity within their religious vocations, denomination, or its affiliate.

What is meant by a “religious occupation”?

Religious occupation means an occupation that meets all of the following requirements:

The activity of a lay-person who will be engaged in a religious occupation must relate to a traditional religious function. The very nature of such activity must, therefore, embody the tenets of the particular religion and have religious significance; i.e., the performance of the activity constitutes “practice” of that religion.

Consequently, working within a religious facility does not, in itself, qualify a lay-person for R-1 classification. The alien must further establish that his or her prospective activity relates primarily, if not exclusively, to matters of the spirit as they apply to his or her religion. It is not necessary that the applicant be engaged in a religious occupation at the time of the visa application or have prior experience with religious work.

What are some examples of religious occupations?

Examples of occupations that would NOT qualify, are janitors, maintenance workers, clerks, and fund raisers. The job must have “religious significance”.

An R-1 visa petition must first be submitted in the United States by the petitioning organization regardless of whether or not the individual being sponsored is inside or outside the United States.

If you are already in the United States in a valid non-immigrant status, you may apply to “change status” as part of the petition.

What is the duration of the R-1 Visa?

It also doesn’t apply to individuals who reside abroad and regularly commute to the United States to engage in part-time employment.

Can I study while on the R-1 Visa?

Generally the answer is no because training does not qualify as a religious occupation as it doesn’t constitute work. However, if the individual has a religious vocation, he/she may qualify for R-1 status even if they are engaged in training.

Can my spouse and/or children obtain visas as dependents?

Yes, the spouse and/or children of an individual who holds an R-1 visa may obtain R-2 visas as the principal holder’s dependents. Individuals in the R-2 status may not work in the US, but they may study.

Can I apply for a green card while on an R-1?

It is possible to file a form I-360 and, if approved, adjust your status to that of a legal permanent resident (LPR). This means that you would get a “green card”. This option is also available for any family you have in the United States on an R-2 visa. You could also apply for a green card through another method, like the green card through marriage process if that is open to you.

Is there a minimum wage or salary associated with the R-1 visa?

There is no minimum wage associated with the R-1 visa as there is with an H-1B visa.

In fact, in the case of certain missionaries no monetary payment is required at all if the beneficiary is participating in an established program for temporary, uncompensated missionary work within the petitioning organization, which is part of a broader, international program of missionary work sponsored by the denomination.

In general, the issue of wages and compensation in connection with the R-1 visa is a very nuanced matter and it is best to discuss the issue in full detail with an experienced immigration attorney before proceeding, especially if no monetary compensation will be provided.

I’ve heard that USCIS will conduct a site visit. What’s that all about?

As a result of previous issues with fraud and the R-1 visa, USCIS now conducts “site visits” after the R-1 petition has been filed but before approval. The USCIS fraud officer will want to confirm that the organization exists as per what has been described in the petition; review documents pertaining to the organization, such payroll records, financial records, religious literature, and other relevant items; and likely request to speak to representatives of the organization, particularly the individual who signed the petition. Site visits are typically announced.

They are valid for a period of five (5) years, even for different positions or workers.

Contact our experienced immigration lawyers in New York City today at 718-407-0871 or online at https://www.prizant-law.com/ for creative solutions to our client’s complex immigration problems.