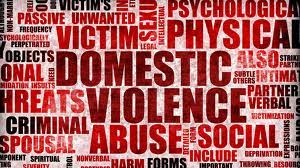 Experts acknowledge that batterers commonly use a variety of tactics beyond violence to keep victims in abusive relationships. Abusers use threats to enhance a victim’s dependence on him or her by creating fear, stress, and humiliation, if the victim tries to leave or if she or she does not comply with the abuser’s demands. Abusers use different forms of threats including: standing too close to victims, clenching their fists, sending warning looks, or displaying weapons to their intimate partners. In cases where the victim is also an immigrant, abusers often threaten to report them to the immigration authorities. Threats, intimidation and degradation trap victims in abusive relationships, and can often form the basis for proving extreme cruelty.

The lack of access to economic resources is the single largest barrier to a victim who seeks to leave an abusive relationship. Victims may be prevented from participating in the labor market, or sabotaged at their workplaces. Abusers are known to stalk or harass victims at work, and to send them threatening email or voice mail messages that may cause the immigrant victim to be fired or forced to leave the job for safety reasons. Furthermore, many illegal and undocumented immigrant victims are forced by their abusers to work illegally, and then their abusers threaten to have them deported.

Abusers may attempt to isolate their victims by prohibiting them from escaping, seeking help and developing support systems or maintaining the victim’s existing support systems. The abuser may restrict the victim from using the phone, prohibit him or her from going to work or school, make the victim depend on the abuser for transportation, limit the victim’s contact with family and friends, or prevent her from attending social activities.

Battered immigrants may be even further susceptible to social isolation due to the fact that many are far from any supportive community of family or friends. To ensure isolation, an abuser might prevent a victim from learning English, or from having contact with people who speak English. A linguistic barrier minimizes a victim’s ability to access health care, social services, domestic violence programs, immigrant rights agencies, law enforcement and the courts.

Sexual abuse encompasses the criminal legal definition of sexual assault, requiring elements of lack of consent, force or threat of force, and sexual penetration, and may include a broader range of behavior including unwanted sexual conduct engendered through more subtle or implicit threats. Marital rape is a crime in most jurisdictions in the United States.

Rape, sexual assault and any unwanted sexual contact are crimes that constitute battery. In some VAWA self-petitioning cases, immigration attorneys, advocates, judges and USCIS adjudicators make the mistake of treating cases of emotional abuse, in which sexual abuse is also present, as extreme cruelty cases and not battery cases. When sexual abuse is present and can be proven through the victim’s affidavit and other evidence, the VAWA petition can be based on battery and extreme cruelty.

When Immigration related abuse is present in a relationship it is a key indicator of extreme cruelty. Abusers of immigrants often threaten to report their victims to the immigration authorities. When immigrants are dependent on their partners for legal immigration status, are undocumented, or have a vulnerable non-permanent immigration status, the power of immigration related abuse is accentuated. Immigrants are placed in the untenable position of having to choose between living with ongoing and escalating abuse or taking action to stop the abuse and risking deportation. Others believe that they will be turned away from help by social services, health care and the justice system because they are non-citizens.

Possessiveness and harassment also provide important evidence of extreme cruelty. An abuser may be jealous and possessive of the victim. The abuser might accuse the victim of infidelity, and of attempts to attract other men or women. Courts have ruled in family law cases that various types of behaviors can constitute extreme cruelty. An abuser may open the victim’s mail, call the victim frequently at home and at work or drive or loiter around the victim’s home or work or shelter, constantly write letters, text messages or emails to the victim, contact the victim’s family, friends or employer, interrogate the children or other family members; stalk, chase the victim’s car, or file frivolous legal actions against the victim.

Like possessiveness, harassment is destructive of a victim’s peace of mind and security. Through harassment the abuser demonstrates his control over the victim publicly. Harassment can humiliate a victim by portraying him or her as weak and subordinate. Public humiliation may be a culturally based form of extreme cruelty particularly among cultural groups that highly value privacy.

Contact one of our experienced immigration lawyers in New York at 718-407-0871 or online at https://www.prizant-law.com if you need help with Wava self-petition case or any other solutions to your immigration problems.